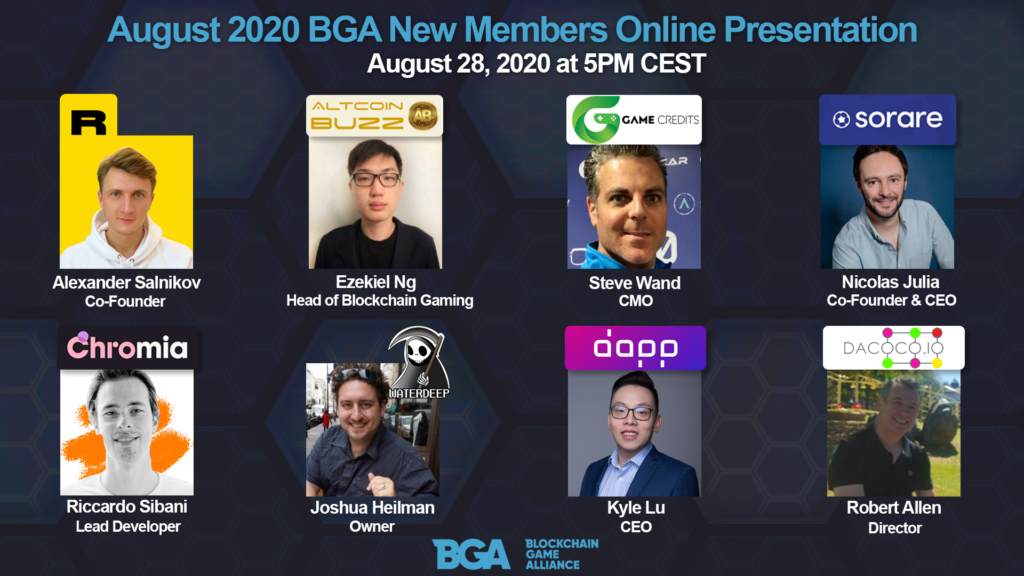 New Members online presentation is a monthly activity of the BGA to introduce our members to the community. New members and old members who have not presented their game companies and services are given opportunity to showcase what they do.

ACCESS TO THE STREAM (August 28th at 5PM CET)

Steve comes from the financial world prior to him joining the blockchain space in 2013. His energy and love for all things both digital and collectible have led him to the GameCredits project. Steve travels the World helping spread the message of blockchain and cryptocurrency and he serves as GameCredits’ marketing specialist for this very reason. GameCredits is well represented on the global stage due to Steve’s desire to spread the virtues of the platform and technologies to the public.

Alex Salnikov is the co-founder and Head of Product at Rarible, a community-governed NFT marketplace. He holds Data Science MA, previously co-founded MarginCall exchange and served as CTO at CoinOffering.

Nicolas Julia is the cofounder and CEO of Sorare, bringing blockchain gaming to all football fans.

Prior to Sorare, Nicolas was the VP of Operations at Stratumn, an enterprise blockchain company, where he signed 6 figure deals and scaled operations after an $8 million round. He also worked as a Senior Consultant for Eurogroup.

He holds an MSc Management from EM Lyon and an MSc in Economics from the Hanken Scool of Economics.

Kyle Lu is Founder and CEO of Dapp.com, a leading global marketplace and analytics platform for blockchain apps. He was the former Partner and VP at Achain for its global business development and investments. Prior to his journey in the crypto space, Kyle was the solution architect and head of BD for Talkingdata, an Asian-based big data unicorn and director of Country Garden, a Fortune 500 company listed in Hong Kong.

Kyle is also a regular speaker at crypto conferences and writer for crypto media, in particular on topics including blockchain technology adoption and application.

Rob is a Director of Dacoco and has been working on technology implementation projects for over 25 years with a focus on software innovations. Alongside running occasional game servers, he has implemented software projects for large financial sector companies and government institutions.

Rob orchestrated the first airdrop of tokens onto the EOS distribution and the first successful conversion of tokens from Ethereum to EOS. He is now focused on the WAX blockchain ecosystem and especially NFTs through the development of the Alien Worlds Metaverse.

Riccardo developed concepts and proof of works in Ethereum, SSO solutions on the blockchain, land registries in multiple countries over 4 continents, non fungible token protocol and roles management over blockchain.

Chromaway is the creator of relational blockchain, a class of blockchain platforms that combine the power and flexibility of mature relational database systems with the secure collaboration and disruptive potential of blockchain.

Chromaway acquired Antler Interactive, a gaming company which aims at showcasing the blockchain capabilities in the game industry.

Joshua aka penguin is an entrepreneur, artist and game developer. Joshua earned his B.S. in Computer Science and specialized in Bioinformatics From University of California San Diego. He earned his Masters in Business Administration from Quantic School of Business and Technology and is currently enrolled At Northwestern University School of Law for his Doctorate of Jurisprudence. Joshua is the Owner and CEO of WaterdeepMud Entertainment and a Blockchain Developer.

Welcome to our new members in August

We are happy to announce the company members who recently joined the organization: Dacoco GmbH, IMVU, Rarible, Dapp.com, GAME Credits and Validation Capital. 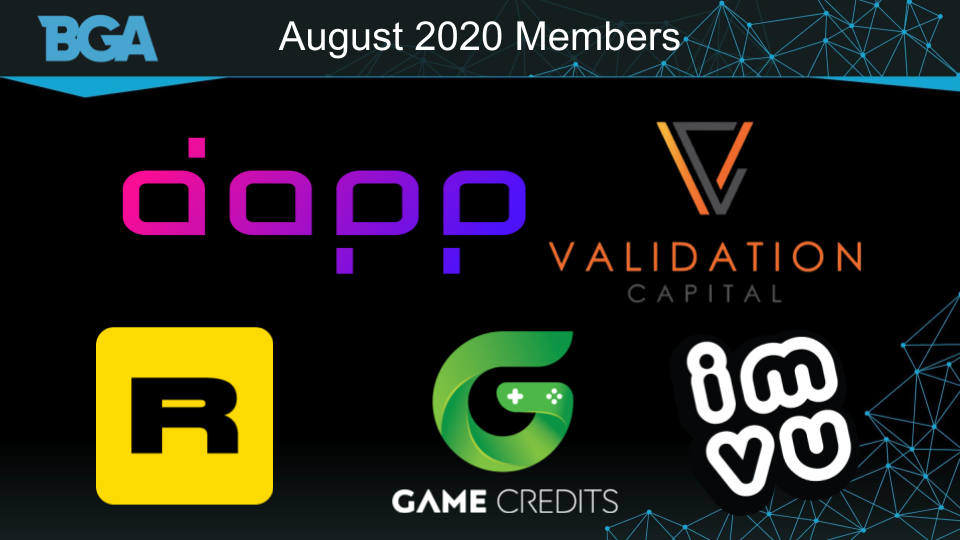